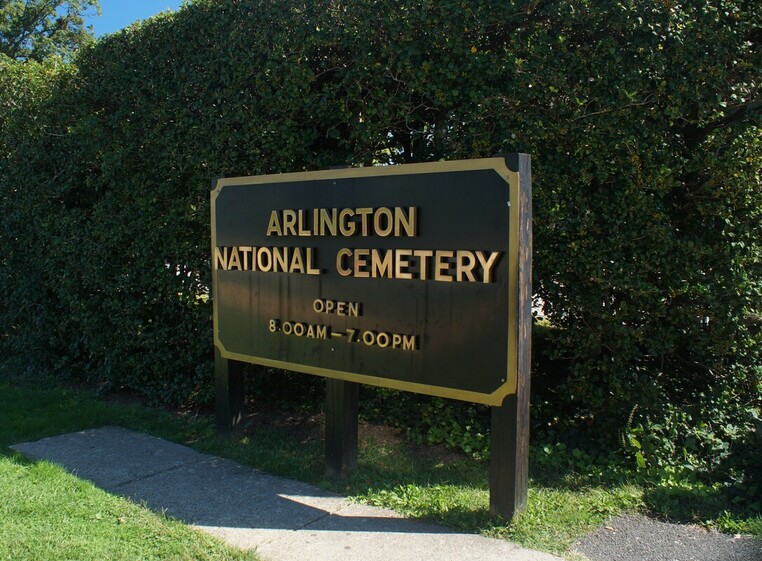 Arlington National Cemetery is comprised of land that once belonged to George Washington Parke Custis, grandson of Martha Washington and step-grandson of George Washington. In 1857, Custis willed the 1,100-acre property to his daughter Mary Anna Randolph Custis, who was married to Robert E. Lee. After the Lee family vacated the estate in 1861 at the onset of the Civil War, federal troops occupied the property as a camp and headquarters.

In 1863, the government established Freedman’s Village on a portion of the estate as a way to assist slaves transitioning to freedom. The village provided housing, education, training, and medical care.

As the number of Civil War casualties was outpacing other local Washington, D.C.-based cemeteries, the property became a burial location. The first military burial took place on May 13, 1864, for Private William Christman. On June 15, the War Department officially set aside approximately 200 acres of the property to use as a cemetery. By the end of the war, thousands of service members and former slaves were buried here. Ultimately, the Lee family was compensated for the property and the land remained with the War Department.

Arlington National Cemetery has evolved from a place of necessity to a national shrine to those who have honorably served our Nation during times of war -- including every military conflict in American history -- and during times of peace. The cemetery is the final resting place for more than 400,000 active duty service members, veterans and their families. “Service to country” is the common thread that binds all who are honored and remembered here.

The cemetery remains active with funeral services Monday through Saturday (except federal holidays), conducting between 27 and 30 services each week day and between 6 and 8 services each Saturday. Information on burial eligibility and military honors is available on the cemetery’s website.

More than 3,000 ceremonies and memorial services also take place at the cemetery each year, including national observances for Memorial Day and Veterans Day held at the Memorial Amphitheater.