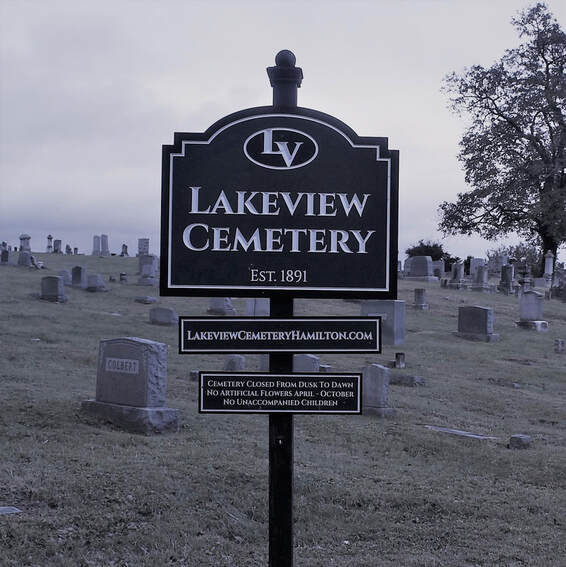 Lakeview Cemetery of Hamilton, Virginia, has held family memorials since 1853. The cemetery was established that year to provide a resting place for loved ones and is managed by a group of local caring people. Some of our earliest lot sales and burials date back to the original 1853.  Burials were slow until the period after the Civil War, when lot sales and burials increased.

After World War II and into the 1950’s, Lakeview Cemetery fell into a state of disrepair.  Mowing was spotty at best, and for a time lot owners would bring their own equipment to mow and trim their lots.

Sometime in the late 1950’s local business owner C.Y. Hall became interested in reorganizing Lakeview Cemetery.  He contacted as many lot owners as possible and made the offer that for a certain sum of money Lakeview Cemetery would provide perpetual lot care.  This was successful and put LVC in good shape financially to provide regular mowing and care of lots. What followed was a board to oversee
land development, lot sales, meeting with families, and interfacing with funeral homes.