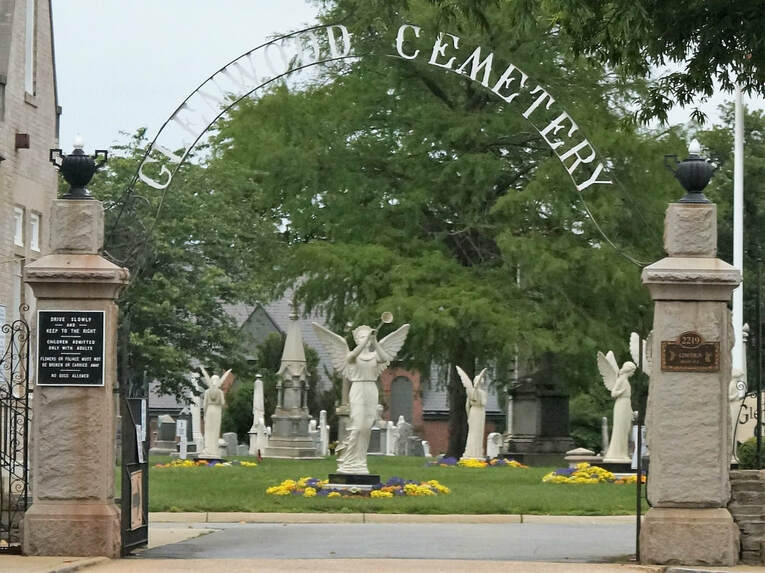 Nineteen years after Congress established the District of Columbia in 1790, Dr. Phineas Bradley of Philadelphia purchased a farm known as Powell’s Dividend and renamed it Clover Hill, a tract which later became Glenwood Cemetery.

Dr. Bradley arrived here to supervise the transfer of the Post Office Department to the District of Columbia. He later became Assistant Postmaster General. He and his wife, and his twice-widowed daughter and two sons-in-law, the Reverend I. Gilles of the Episcopal Church of the Ascension and attorney John Clements Kennedy, are all interred in the grounds of the old Clover Hill Farm, known since its Charter by Act of Congress of July 17, 1854, well before the Civil War, as The Glenwood Cemetery. Glenwood is a place of solemn beauty and conscientiously maintained.

The Glenwood Cemetery Chapel is an example of the Romanesque Revival style of architecture. The building also has special merit as the work of noted Washington architect Glenn Brown and reflects a significant period in the design career of a national leader of the architectural profession. Brown particularly valued
the elemental discipline of Henry Hobson Richardson's work, and the Glenwood Chapel epitomized the studied manner in which the architect interpreted the "Richardsonian Romanesque." The building is also highly representative of the design principles Brown espoused in the early 1890s just prior to the initiation of his celebrated crusade for the improvement of federal art and architecture, particularly the revival of Pierre Charles L'Enfant's 1791 plan for Washington.