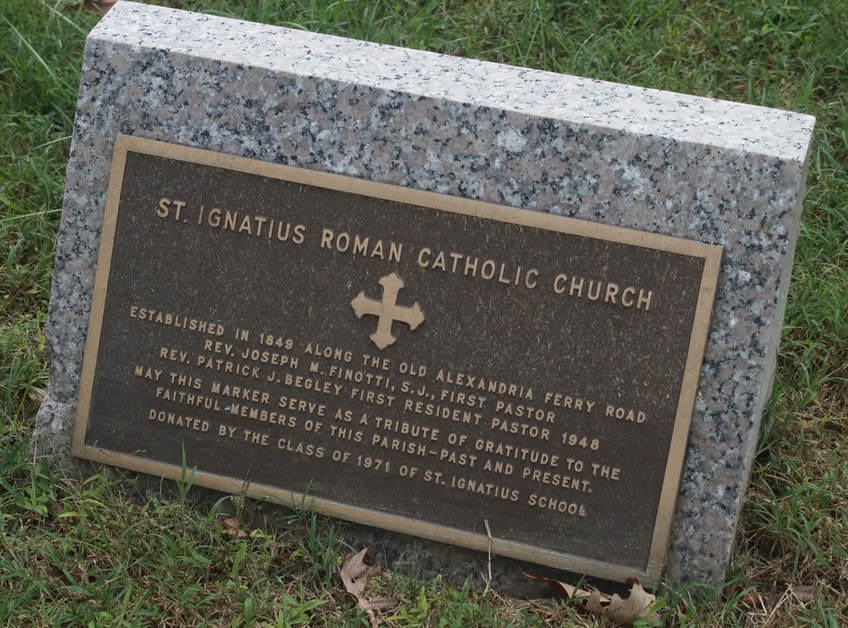 This church was founded in 1849 by Father Joseph M. Finotti, S.J., the first Catholic anthologist in the United States. The first structure was a small wooden building with a seating capacity of 100 in the main body and a gallery at each side for the colored servants. The site for the church was on the old road, then called the Alexandria Ferry Road, that went from Marlboro to the Fort Foote Ferry. The land was give by two Episcopalian gentlemen, Dr. Folsom and Major Edelen. The two main persons who solicited funds for the original building were ladies, Mrs. Christine Spaulding Kerby Edelen and Mrs. Mary Eugenia Surratt. A cemetery located in the churchyard ·has stones bearing the names of many of the county's oldest families. Before this structure was built, Sunday Masses were celebrated at the home of Mrs. Edelen.

The current structure is accredited to Father Thomas B. Hughes. It was built in 1890-91, by Charles Beers, contractor, of Anacostia, D.C., at a cost of $5,000. Although described at the time as of “Romanesque” design, it has many of the elements of the. Shingle and Queen Anne styles. On October 21, 1891, the day the new building was consecrated by James Cardinal Gibbons, of the Baltimore archdiocese, it was conceded by the clergy to be the "prettiest little church in Southern Maryland." It included an 80-foot tower and a ground floor seating capacity of 350.

St. Ignatius' is the second oldest Roman Catholic Church in the southwestern part of the county. For many years, it served families living in an area bounded on the west by the Potomac River and to the east, as far as the present city of District Heights. Among its earliest members were representatives of two of Maryland's oldest Roman Catholic families, the Hills and the Brookes.

In 1948, St. Ignatius' was made a parish in its own right, assigned to the Archdiocese of Washington. Rev. Patrick J. Begley was its first resident pastor. The parish house, located across Brinkley Road from the Church on one-half acre of land donated by the Breen family, was erected in 1948-49. St. Ignatius' School, located next to the Church, was erected in 1966. A school was dedicated in March 1968.

The Cemetery Association for St. Ignatius was established in 1972. Its charge is the beauty and dignity of the eternal resting places of loved ones. The cemetery is located on both the East and West sides of the church.