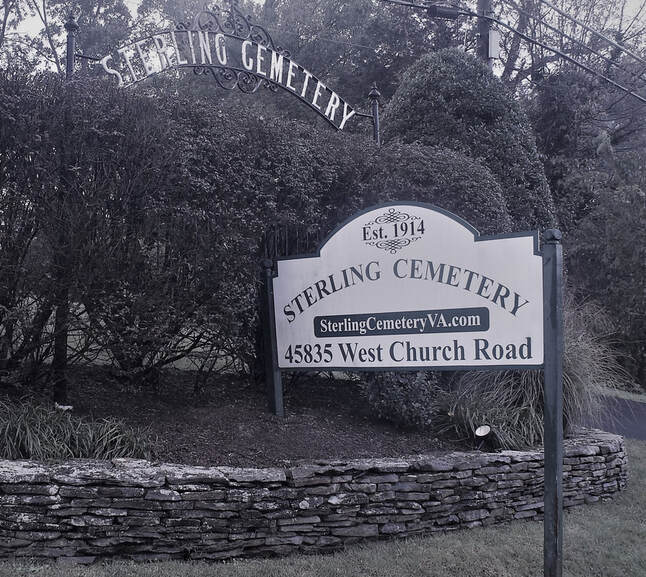 The cemetery consists of two properties.

Old Sterling Cemetery, was deeded in 1892 and covers 2.2 acres. It was initially restored in 1976.  Dead trees and undergrowth were removed.  The old wrought iron fence repainted. Headstones reinstalled and straightened with the inscriptions recovered by rubbing's.

The newer Sterling Cemetery is located across the street from the older cemetery. It was established in 1914 and covers 4.8 acres. It is considered a traditional "country" cemetery.

In April 2012, a project to reinstall the stones and recording of the information was designed and managed by David Lewis as part of his certification program for Eagle Scout.  He drew up the plans and then supervised a large group of his fellow scouts from Crew 1173 along with parents and siblings.  They also performed trimming and general cleanup.  The results were quite remarkable.  His diagram of the headstone layout has been included.

Family buried at the Sterling Cemetery include:​
​m. = maiden name