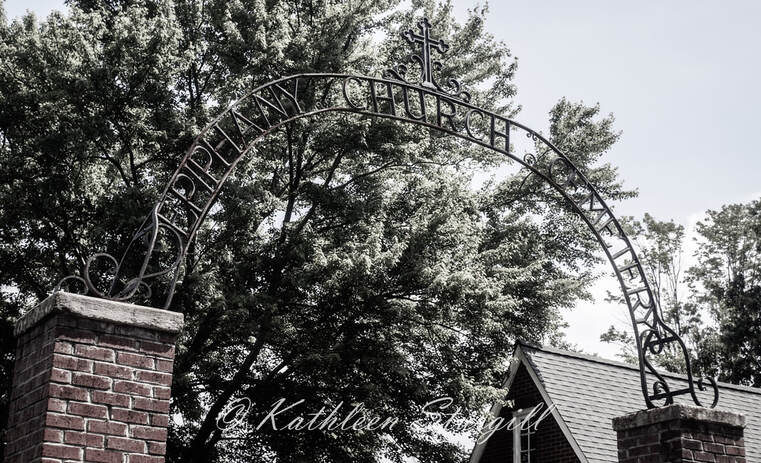 The Epiphany Church of Forestville was founded by the Reverend Henry J. Kersha in 1862. Kersha was the Rector of Trinity Church in Upper Marlboro. In 1864, the first chapel was erected to serve the small congregation of Forestville. The first confirmation service was held in the small, wood-frame chapel in November 1869. The chapel became Epiphany Church, an independent parish in 1871. In 1873, four acres of land were purchased on the west side and the rear of the church, and the rectory was built.

The property that now comprises the Epiphany Church and Cemetery was conveyed to the church in multiple transactions. In 1867, trustees of the church purchased two acres from Samuel B. Hance. These five trustees were: John E. Bowie, Francis M. Bowie, Washington C. Calvert, Edward Reilly, and William Rowzer. These men were members of prominent Maryland families and generated wealth and respect in their communities. In 1882, the Vestry of Epiphany Church expanded their landholdings when they purchased 1.81 acres from William Brayshaw. The church purchased an additional 1.31 acres in 1946 from the Board of Education of Prince George’s County. The Epiphany Church is the home of an active congregation. The Episcopal Church is part of the Episcopal Diocese of Washington, which serves Washington, DC, Prince George’s County, and Montgomery County.

Epiphany’s cemetery is laid out in a grid, with rows of. There are approximately 27 rows with 52 markers across. The headstones are a collection of tablets, block markers, obelisks, ground-level headstones, and crosses. One of the oldest markers memorializes Samuel A. Blaine (June 21, 1860-October 4, 1880). A cemetery office building was constructed in 1939, according to its cornerstone.

Family buried at the Epiphany Episcopal Church cemetery include: