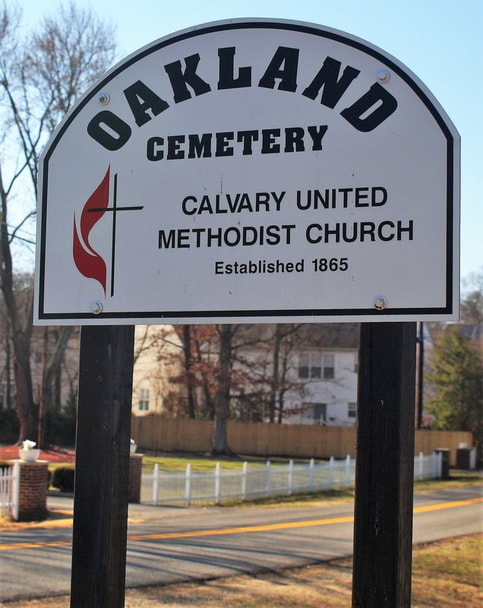 Oakland Cemetery, established circa 1860, is located on Berry Road (MD 228) outside of Waldorf in one of the most heavily developed sections of Charles County. Measuring approximately three acres, the cemetery is the site of an earlier church that was in use until 1890. The site now contains approximately 200 stones ranging from the mid-19th to late 20th centuries.

Standing at the corner of Berry Road and Chestnut Drive in the northern section of Charles County, the cemetery is without enclosures and is bordered only by a trench along the roadways. The northwestern comer is bordered by a chain link fence and a nearby late 20th century Ranch-style dwelling. To the southwest is an open lot. This lot is visually divided from the cemetery by two carefully placed cedar trees. A single gravel access drive through the cemetery extends in a semi-circle from Berry Road to Chestnut Drive. Within the cemetery several large trees stand throughout and appear to have marked the corners of the burial ground.

Most historic stones are limestone tablets and are simply inscribed with very little ornamentation. Generally, these consist of tablets with a rounded crest and a short inscription below. Ornamentation, if present, is found in the form of a medallion at the top center of the tablet. Notable symbolism includes rosettes or lamb designs. Late 20th century stones are primarily made of granite.

Almost all stones are without a maker’s signature with the exception of one of the earliest tablets. The grave of Judson Wedding who died in 1869, bears the mark of Geddess Monument Company of Baltimore on the reverse side. The stone includes inauspicious ornamentation. Rectangular in overall form, the tablet has an arched crest highlighted by a bevel that terminates near the base. The name of the deceased "Judson Wedding" is set inside an arched banner, and the inscription below reads, "Let me die the death of the righteous and let my last end be like his".

Family buried at the Oakland cemetery include: