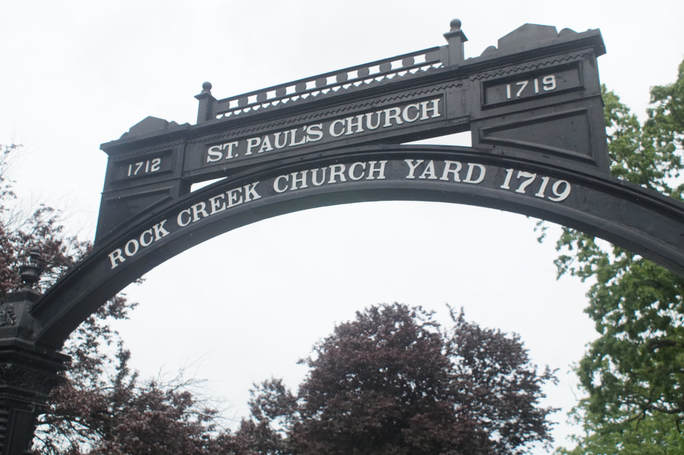 Owned by the governing body of St. Paul’s Episcopal Church, Rock Creek Parish -- the only surviving colonial church in Washington, D.C. -- the Cemetery is part of 100 acres of land donated by Colonel John Bradford in 1719. In 1840, an Act of Congress designated the grounds as a public cemetery for the city of Washington.

Early in the 20th century, the Church sold off 14 of the original 100 acres to accommodate construction of New Hampshire Avenue, leaving the remaining 86-acre churchyard for use of the Parish. Although Rock Creek Cemetery remains under the stewardship of St. Paul’s Church, the burial grounds are nondenominational and open to all.