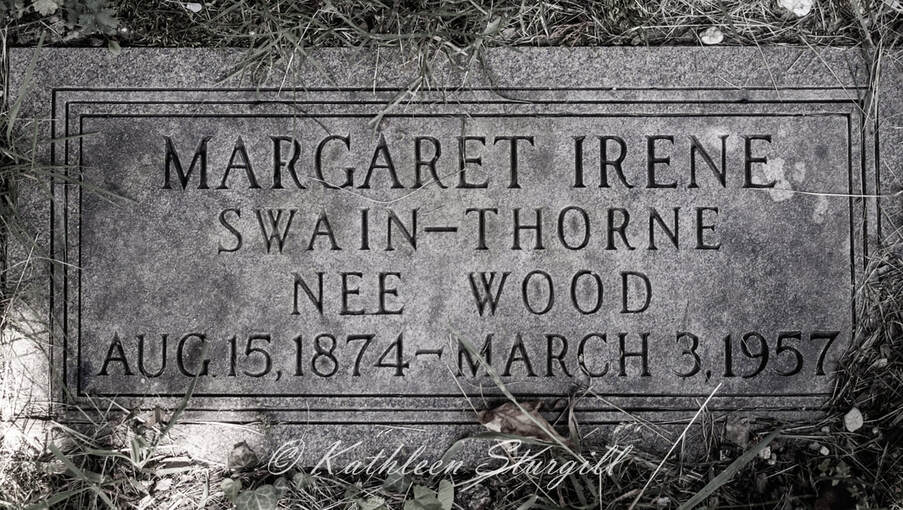 Close Family also in the Same Cemetery:  Margaret shares a headstone with Benjamin, Isabelle and Benjamin’s mother. She has separate footstones. Also buried in this cemetery are: her first husband -- Benjamin; her daughters and son-in-law -- Hattie and George, Isabelle; her grandson -- George; her mother-in-law -- Margaret. 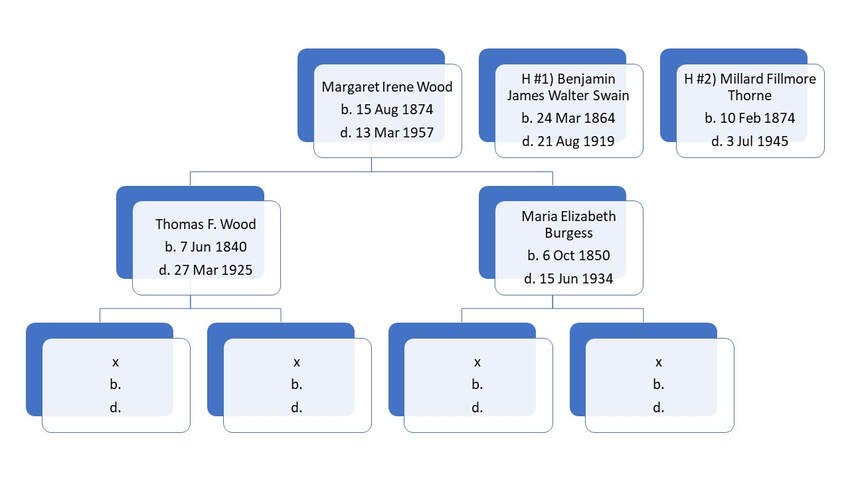