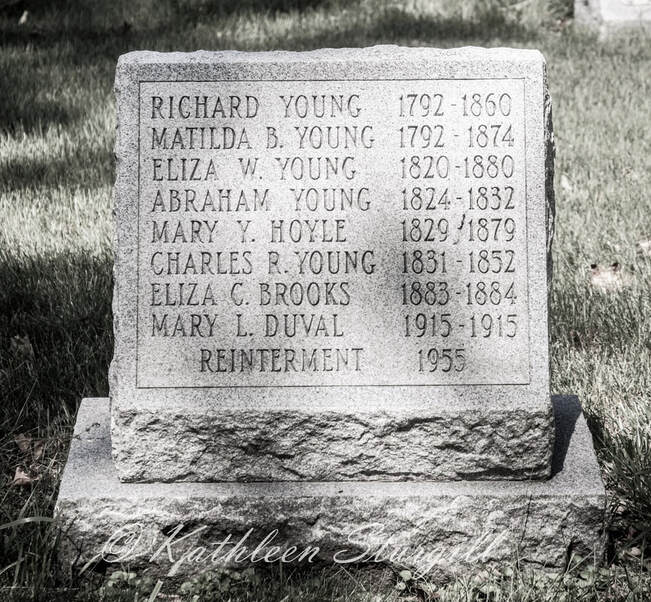 Close Family also in the Same Cemetery:  Richard is 1 of 8 family members on a single headstone. They were originally interred in the Young Family Cemetery at Oakland Manor in Spaulding, Prince George’s County, Maryland. Because the Manor was sold and about to be developed, their remains were moved to Epiphany in 1955. The family members include: Richard and Matilda; their children -- Eliza, Abraham, Mary, Charles; their granddaughter -- Eliza; their great granddaughter -- Mary.
​
Family Information Compiled From:  FindAGrave website (#24362729), FamilySearch website (#KDST-WFX), and family records.
​m. = maiden name 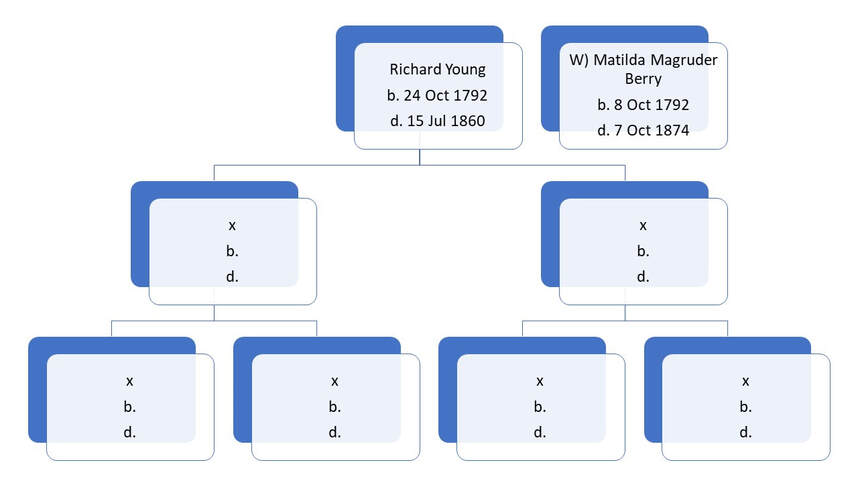