Employment: George was a Farmer.

Close Family also in the Same Cemetery:  George and Elizabeth are buried in the older cemetery. Also buried in this cemetery are: their granddaughter -- Myrtle. Although not yet confirmed, three of their children may also be buried there -- George, Roberta, John.  Other family members are buried in the “new” Providence cemetery, including: their sons and daughters-in-law -- Cornelius and Sarah, James and Mary, Richard; their grandchildren and their spouses -- George, Cora, Jeffrey, Culena and Bagby, John, Harold, Ruby. 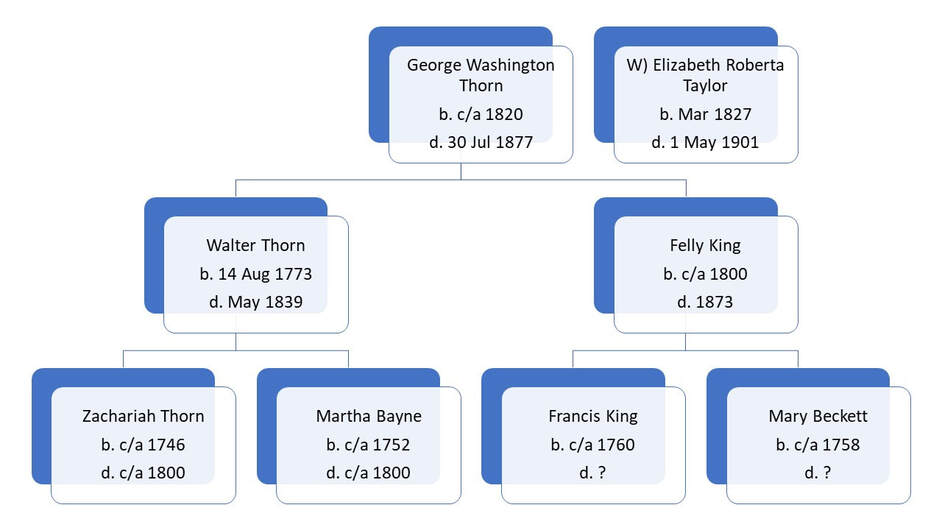