* There is a discrepancy on when Frederick died. His headstone shows 30 January 2001, but his Social Security Death Index information shows 15 January 2001. More research will be done to discover which is correct.

I have not currently found evidence that he was married or had children.

Close Family also in the Same Cemetery:  Frederick is buried in Plot C-16. Also buried in this cemetery are: his parents – George and Julia; his sister and brother-in-law – Daisy and Charles.
​
Family Information Compiled From:  FindAGrave website (#40720629), FamilySearch website (#GMF1-4W4), and family records.
​m. = maiden name 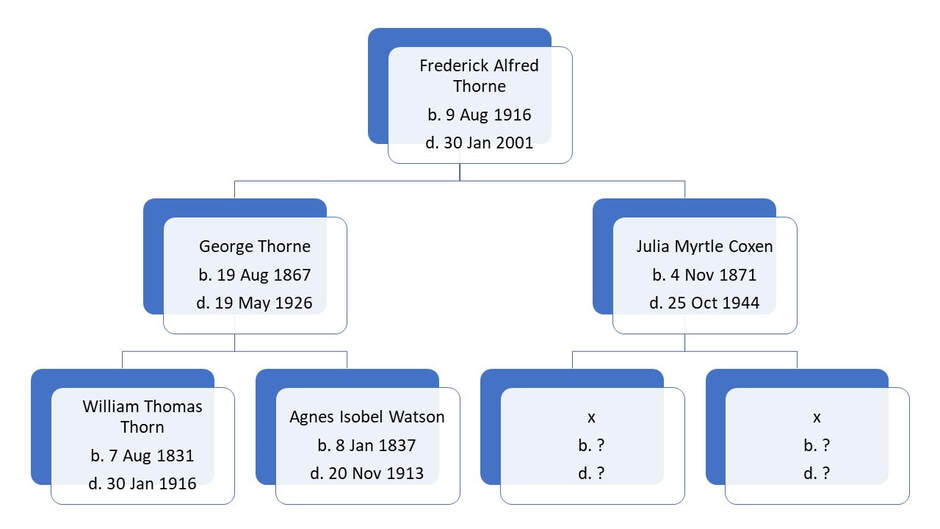