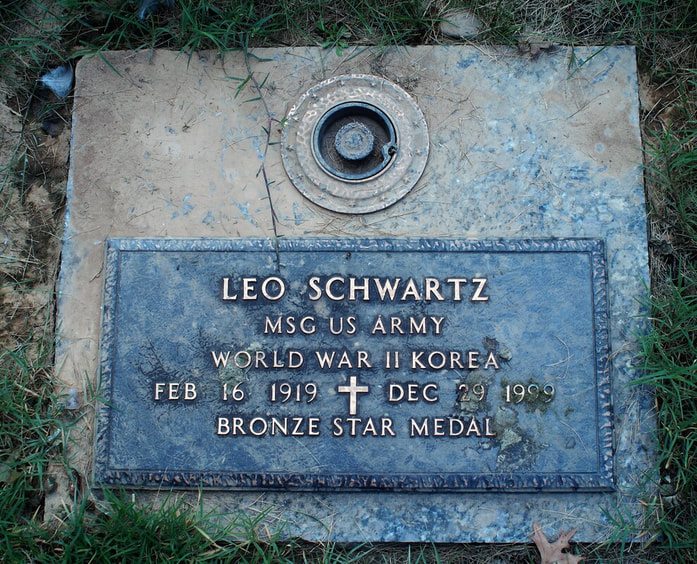 Parents:  Joseph SCHWARTZ and Sophie SCHWARTZ (m. SCHER)
Parents' Children: [may not be a complete list or in correct order]

Spouse #2:  Florence T. ? (h1. HIGGINS)
Children: [I have not currently found evidence that they have children. She had at least one child from her first marriage.]

Military Service:  Served in the U.S. Army for 28 years, leaving as a Master Sergeant in hospital laboratories. During his service, he was awarded the Bronze Star, the National Defense Medal with Oak Leaf Cluster, the Armed Forces Expeditionary Medal, the Army Commendation Medal, and the Army of Occupation Medal.

Close Family also in the Same Cemetery:  Leonard is buried in the Field of Honor, Block 16A, Lot 574, Site 3. It was entered into FindAGrave that his first wife, Alice, was also buried in this cemetery, but the cemetery has no record of her.
​
Family Information Compiled From:  FindAGrave website (#154172919), FamilySearch website (#LRDW-FSP), and family records.
​m. = maiden name
h1. = surname of first husband 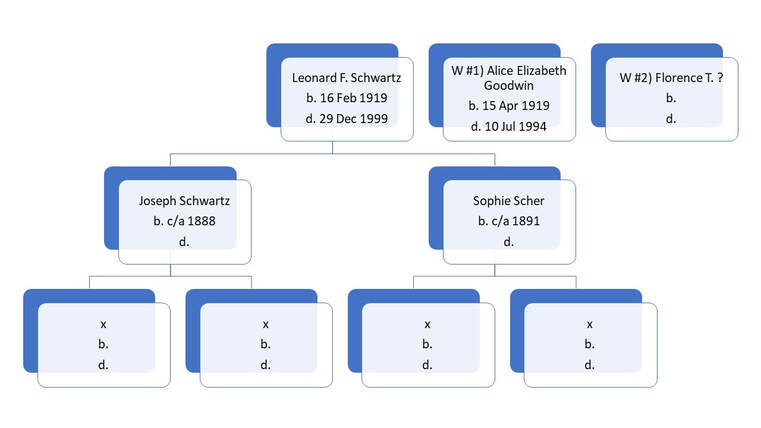