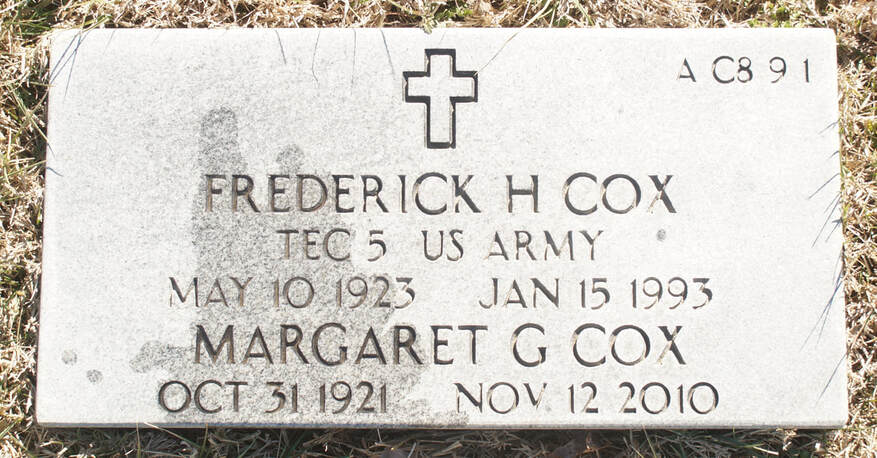 Parents:  George Nalley COX and Helen Elizabeth COX (m. BERRY)
Parents' Children:
Spouse:  Margaret Geneva DeVAUGHN (h1. SHUMAKER)
Children: Several children are listed on her obituary, but I have not been able to confirm which marriage they are from.

Military Service:  Served in the U.S. Army during World War II, and retired as a Technician Fifth Grade. 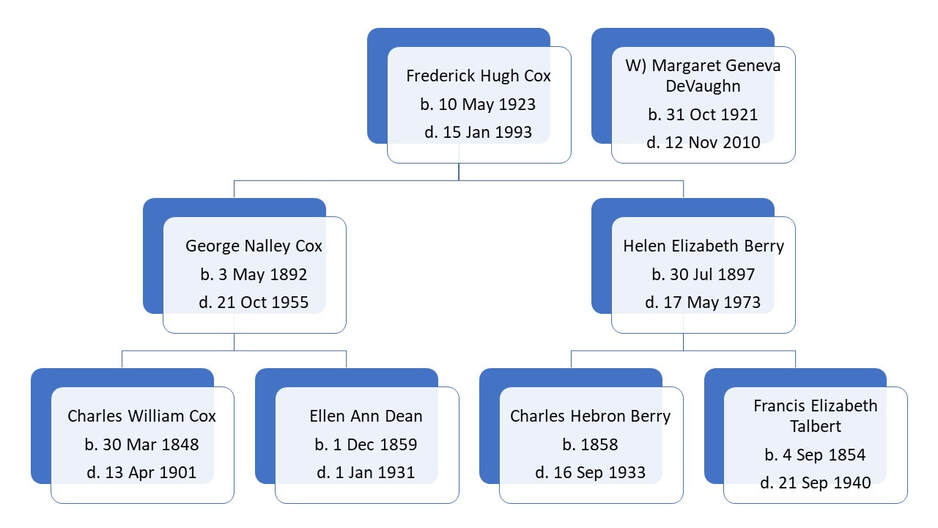