Spouse:  Harvey Keeler ARTHUR
Marriage:  15 July 1903 in Washington, D.C.
[I have not currently found evidence that they had children.]

Helen was a member of the Purcellville Garden Club, the Waterford Book Club, and the Catoctin Home Demonstration Club.

Harvey and Helen owned Temple Hall plantation in Loudoun County, Virginia, having been Willed it by John H. Thompson. The plantation was rented to tenant farmers, and was sold to Mr. and Mrs. James H. Symington in 1940. That plantation is now on the National Register of Historic Places as the Temple Hall Farm Regional Park (VDHR 053-0303).

Close Family also in the Same Cemetery:  Harvey, as well as his wives Katherine and Helen, share a headstone in Plot B, Lot 477. Also buried in this cemetery are: his daughter -- Annette; Harvey’s parents -- Samuel and Anna; Harvey’s sister and her husband -- Jessie and Edward; Helen’s parents -- George and Harriet; Helen’s sister -- Louise. 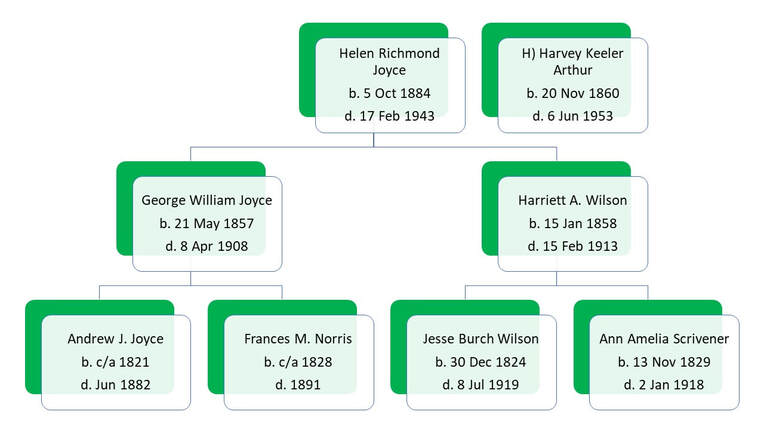