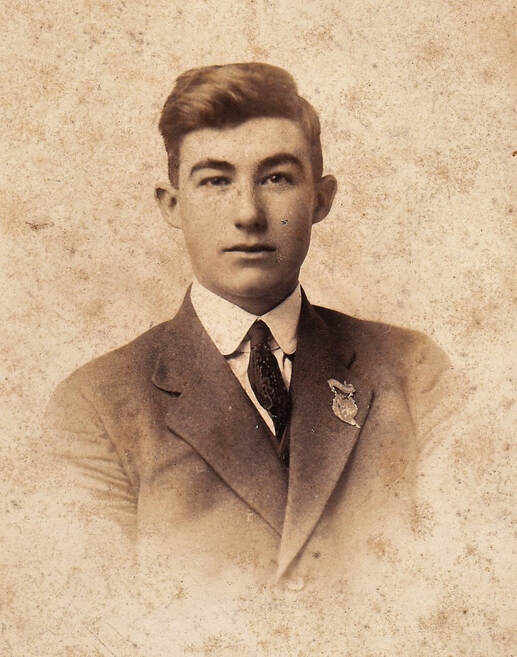 Spouse #2:  Mabel Virginia PEARSON (h1. RECTOR)
Marriage:  6 July 1945 in Arlington, Virginia
Children:  I have not currently found evidence that they have children.
[She had a daughter, Dorothy Louise, during her first marriage.]

Story of Elwood’s Funeral:  I had heard numerous stories of “Uncle Bill” from my father. When Uncle Bill died, my mother was out of town and she asked that I go with him to the funeral. (Her excuse was that he would “behave” better with me than with my sister…oh, sure he would.) I drove and he read me directions while we talked. Unfortunately, we were deep in discussion (probably a “I remember…” talk) and missed the exit. We decided to get off at the next exit and evaluate how to get there another way. We did, and discovered we were 2 streets over from the funeral home. LET THE GIGGLES BEGIN!

So we park and go in, and he was happy to see close relatives. There was laughter, hugging and stories flowing. One by one people that I knew (if only by name) looked at me and said: “You must be Mary”…to which I’d reply “Nope”. “Oh, Linda?”…”Nope”. (Dad stands there with his cat ate the canary look.) Dad would finally say “This is Brenda”…“Brenda? You have 3 girls?” or “OOOOOHHH! You must be THE BABY!...”Yep, that’s me.” (sigh) DAD GIGGLED…just another day for me.

I tell Dad that I’ll go sign the guest book while he trades another story. I stop to look at photos and then notice his name…Elwood McNair Arthur. How do you get “Uncle Bill” from that? I walk back over to Dad and nonchalantly ask during a lull “Why did you call him Uncle Bill? His name wasn’t William or anything close.” Dad shrugged and replied that his middle name was probably William…”Nope”. With another cat ate the canary look, he says “Maybe we’re at the wrong place”…“Yeah, because your family just happen to be at the wrong funeral home too”. (Mom thought I could make him behave. Nope.) THE GIGGLES CONTINUE.

He didn’t get any more somber when we’re told to take our seats for the service. (Just as a side note, I love cemeteries but I am NOT a fan of funerals. I just don’t handle them well.) The funeral home chapel was laid out in an L shape…the casket at the front with seats facing the long side of the casket, and a family area to the side which has them looking at the decease’s face. (Yep…kinda creapy.) It was a very warm day for October, and their AC was not working. They insist that Dad and I sit in the family area. (Oh boy.) Where we sat was warm, it was “close”…I was 4 months pregnant with my first child. Throughout the service, Dad would lean over and whisper things like “They’d better talk faster, he’s gonna melt”. I think I bit a hole in my lip trying to not completely crack up during the entire service…at the same time I was attempting to hold it together. WE GIGGLED ALL THE WAY HOME AND EVERY TIME WE TOLD THE STORY. (Mom just shook her head when we told her how it went. I tried.)

Employment:  Elwood was the Credit Manager for Woodward & Lothrop. He was elected the Vice President of the Retail Credit Association for Washington, D.C. in 1940.

Close Family also in the Same Cemetery:  Elwood and Mabel are buried in Section 1, Plot 134. Also buried in this cemetery are: Mabel’s parents -- Robert and Martha; her brother’s and their wives -- Kenneth and Beatrice, Lewis and Louise; her first husband -- George.
​
Family Information Compiled From:  FindAGrave website (#120747618), FamilySearch website (#LLM5-V4B), and family records.
​m. = maiden name