Close Family also in the Same Cemetery:  Richard is buried in Plot C-1. Also buried in this cemetery are: his mother -- Gertrude; is grandparents -- Samuel and Harriett.

* Church plot map shows “Infant Ward”, but no headstone. A concrete slab was recently placed there by the church. Richard is listed in Funeral Home records as being buried at Providence. Until more records are discovered, we have designated him being buried in Plot C-7.
​
Family Information Compiled From:  FindAGrave website (#33211695), FamilySearch website (#G3XX-NHW), and family records.
​m. = maiden name 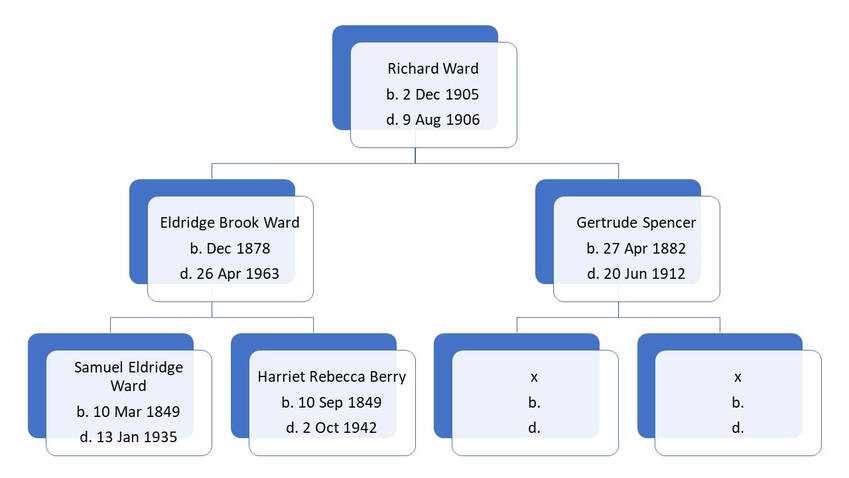