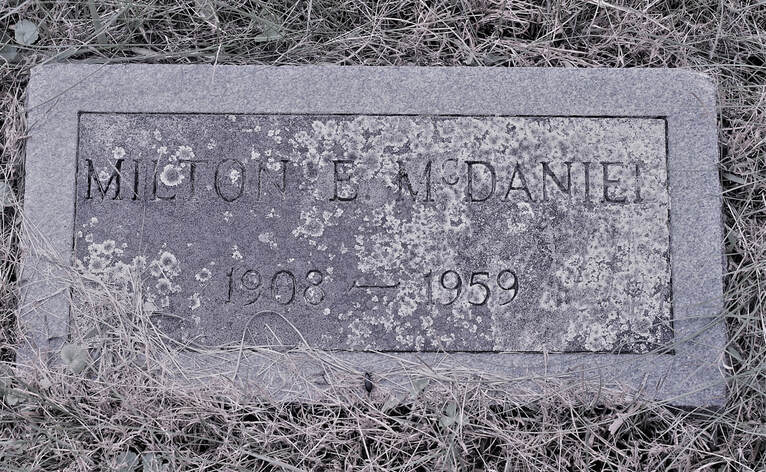 Spouse:  Elsie Strother KIRBY
Marriage:  15 April 1931 in Upperville, Loudoun County, Virginia
Children:
Employment:  Milton was a member of the Purcellville Volunteer Fire Department, including serving as Chief from 1948-1952 and 1958. He was also the Owner of the Loudoun Farms Dairy. After selling the dairy, he worked at Cardinal Foods in Leesburg. Milton also was the Chief Dispatcher at the Central Fire Alarm System in Leesburg.

Close Family also in the Same Cemetery:  Milton and Elsie are buried in Lot 130. Also buried in this cemetery are: their children and their spouses -- Janet and Clarence, James; his parents -- William and Irene; his grandparents -- Mahlon and Phebe; his siblings and their spouses -- Aubrey, Linden and Lola, Bertha and Embry.
​
Family Information Compiled From:  FindAGrave website (#53735788), FamilySearch website (#M3CB-3XC), and family records.
​m. = maiden name 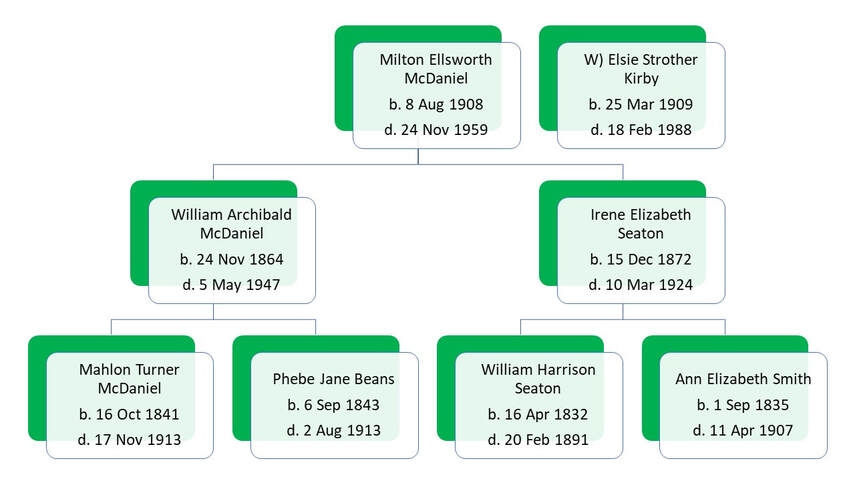